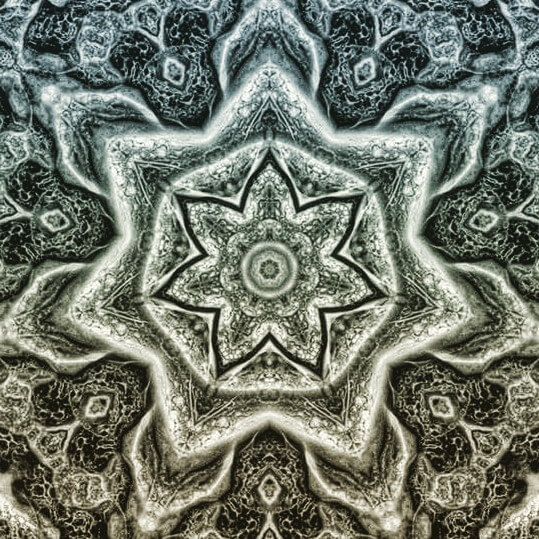 Complexity, evolution, homeostasis … If I had to pick the three things that intrigue me the most, these would be the ones. I’m rather fond of them, and protective. It’s time to rant about misuse, abuse and curious lack-of-use.

Complexity needs no introduction. Any open-minded math or science course finds some room for esthetic and pseudo-philosophical ramblings on the damn thing. I guess it’s safe to say that complexity and its bastard child emergence have, more than any other idea, attracted flies looking for a trendy, post-modern justification of furry thinking. Well, at least former runner-ups quantum physics and chaos theory can get a rest from harassment by quacks and get back to creating interesting t-shirts.

For the record, I don’t believe in emergence in simple systems. Agreed, the unpredictable patterns created by Langton’s Ant are interesting but the only way to explain them is by running through the simple steps of the algorithm. There’s no higher level of explanation, nothing beyond the blind following of the rules, no meta system. I wouldn’t call that emergence. A real-life ant-hill is another bucket of invertebrates, the many complex interactions between the ants result in an entity that can almost be explained as a single organism, mrs. Hill. Even without knowledge of the algorithm, pheromones mostly, we can sensibly predict the behavior of an ant-hill. Getting swarmed and bitten in the unmentionables, now that’s what I call emergence! And the human ant-hill, we’re probably up five meta’s (ask any sociologist to explain the behavior of a mob by electromagnetic interactions). As a plus, swarming and unmentionable biting are far less common…

Nevertheless, complexity in its simplest form, small piecewise algorithms building complex forms, is a valuable paradigm of generative art. There’s something satisfying in creating a set of rules and the beautiful images that sprout from them. The question whether art in generative art refers to the code, or to the results of the code, is a fun one to discuss in mixed company. However further depth cannot be found in fast-and-cheap emergence. As in any art, meaning and significance are to be found in the artist and her intentions. I for one keep to constructs, devoid of meaning. Yep, I’m shallow.

Richard Dawkins refers to Darwin’s idea of evolution as an eye-opener, an idea so profound it changes the way you look at the entire world. I know it did for me. The idea itself is remarkably simple: any replicating system will favor the replicator that euh, replicates the most succesfully. I guess it’s more catchy if it involves a gazillion species of Galapagos finches… It resonates with generative creation, imagery beyond the control of the coder. A system that evolves will suit itself to purpose and circumstance in ways a designer could never imagine. Not only will the system work but it’ll keep working after some parts are removed, at least up to a certain level. It will adapt to changing requirements. If properly cared for, it will wag its posterior appendage and shed fur all over your furniture.

Yet, despite genetic algorithms and their like, human endeavor has only scratched the surface. Not only does evolution shape organisms, it shapes the environment around them. That’s another meta… The closest I’ve seen art approach this level is in interactive installations. These change the behavior of the people around them, at least very locally, and in turn they affect the installation. So, if you’ve ever build one of these, I guess you’re entitled to a bit of smugness. Good for you!

I encountered the concept of homeostasis only late in my academic pursuits. The ability of a living organism to maintain a stable, constant condition was the skeleton onto which my professor physiology built a clear picture of our inner workings (most of them rather yucky). Instead of a random collection of biochemical systems, the body suddenly made sense. The sheer elegance of the various systems that balance each other is an eye-opener of the same magnitude as Darwin’s idea. In fact, one could claim that homeostasis is a direct consequence of evolution, as any organism that can’t maintain its own condition is … doomed. And damnation tends to hamper procreation.

<sidetrack> Why hasn’t anyone written a general audience book on physiology? I mean, cosmology, check, evolution, check, pi, check, our own bodies, not a sausage. Com’on funky scientist/surfer charismatic dudes out there, there’s a goldmine of wonders in there, get writing… (I accept Amazon gift certificates). </sidetrack>

<sidetrack> The university I went to made religion, psychology and philosophy a mandatory part of every curriculum. At this stage I’m wondering if it wouldn’t be a good idea to add some modern biology and physiology. And something arty as well, if you insist. </sidetrack>

I’m not really plugged in into any scene, but so far I haven’t heard of homeostasis as a concept in modern design culture. As a buzzword it definitely has potential. A hint of biomimicry, a hint of complexity, a tad of evolution, touches of dynamism and intelligence. A post-modernist delight. I wish I had an academic career to spend exploring homeostatic structures. Buildings dynamically and intelligently, sorry, redistributing stress after some part fails (i.e. a floor drops out). Heating/cooling systems adapting to supply and demand, not just any plain-old adapting, no, homeostatic adapting! Traffic mimicing blood flow, self-regulating its pressure (and viciously attacking annoyances as-per-spec). Bookshelves changing shape!!! I could even get some eco in there. Now that would be a very lucrative book, the ecohomeostatic design paradigm. Pity, I have no time to write it.